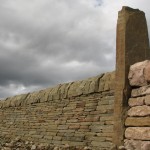 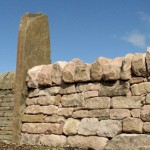 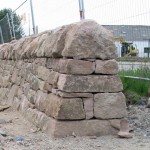 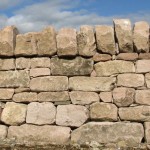 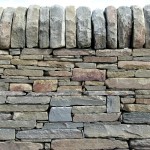 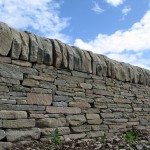 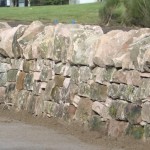 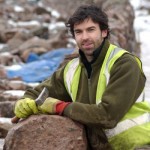 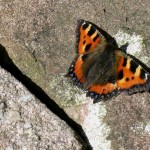 This commission involved moving an original dry stone dyke that runs along the main road through the historic market stance at Muir of Ord.

As part of a major housing development, the 360m long dyke had to be moved back 2m and realigned to accommodate modern features like lay-bys, bus stops and lampposts.

The original stone, from a local quarry at Tarradale, was salvaged but there was insufficient to complete the new dyke. As the Tarradale quarry is exhausted, an alternative stone acceptable to the planning authority had to be sourced. A near match could not be found so a transition between the two had to be designed.

The original dyke was clearly a popular habitat for tortoiseshell butterflies – hopefully they will move to the new dyke.