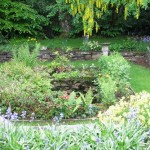 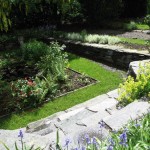 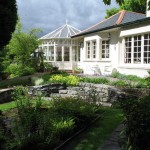 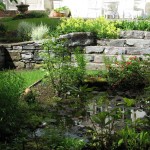 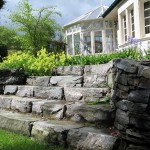 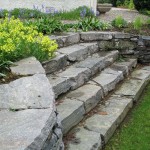 Willy`s sunken garden had seen better days and was in need of refurbishment.

The original sunken garden was set on sloping ground and had been formed by digging down to a level formation and retaining the surrounding ground with a dry stone wall. A small pond was set centrally. Willy was particularly unhappy with the access arrangement.

Inspection showed that the pond was intact but the stonework required a complete rebuild.

It was decided to dismantle the original stonework and rebuild on the original lines with a redesigned entrance. For the walls, the original materials were reused augmented by imported handpicked stone. The new entrance was formed using large imported stones as steps with curved return walls. The pond was edged in stone and the whole of the sunken area was turfed.